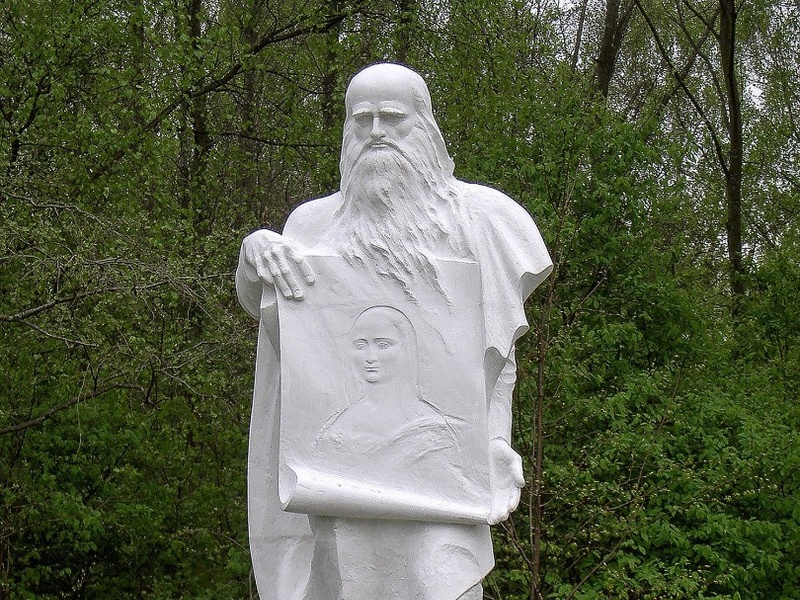 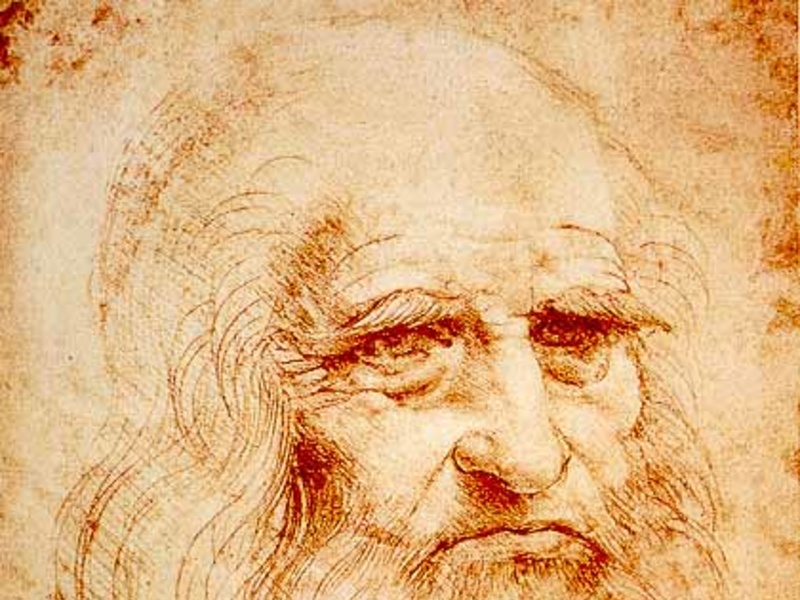 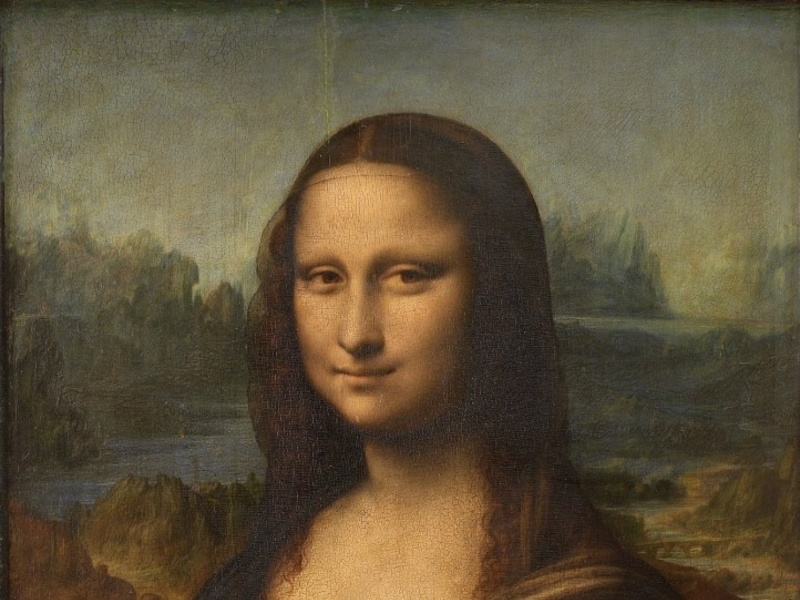 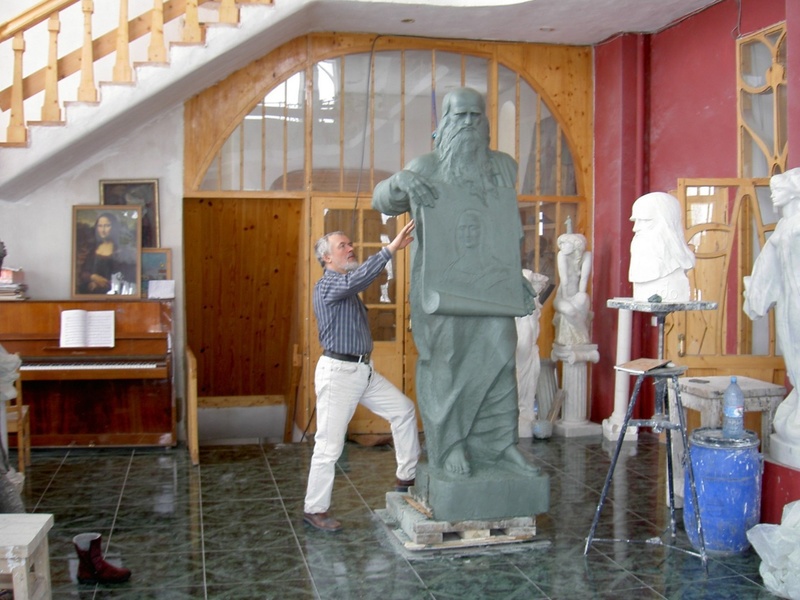 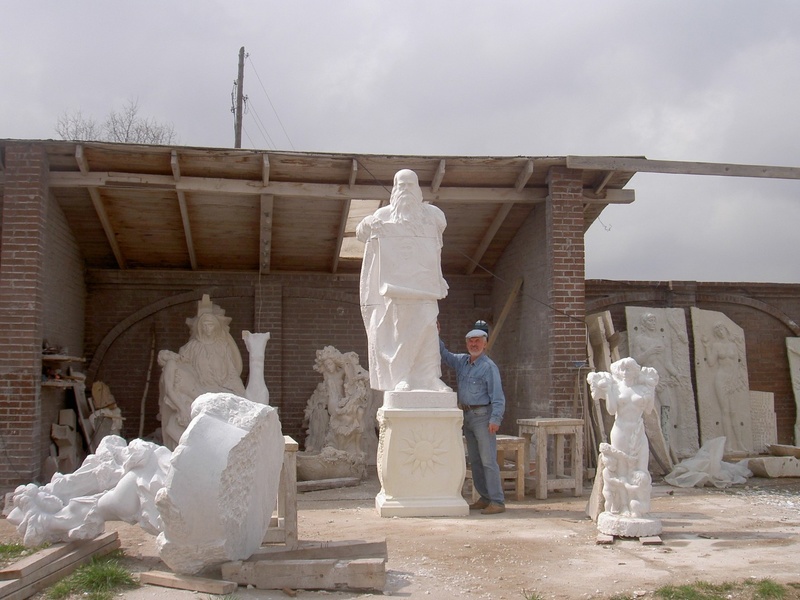 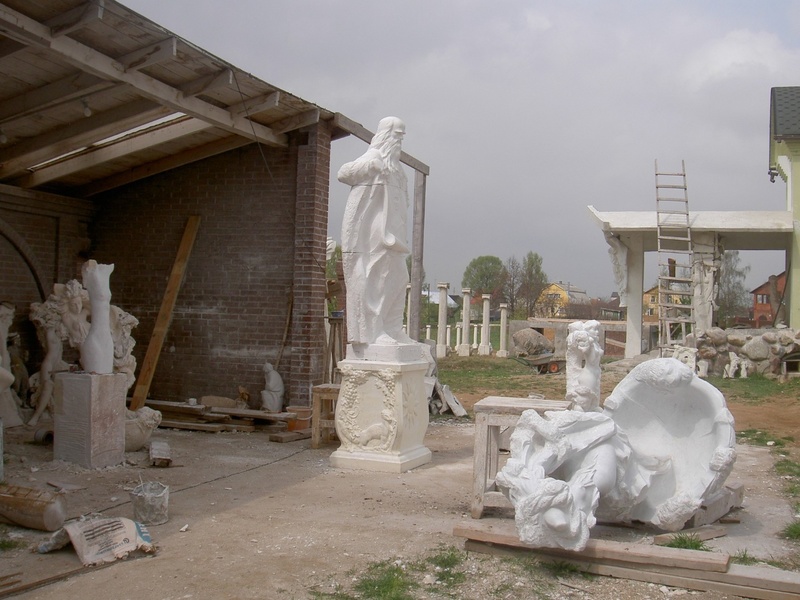 Description
The gypsum model of the composition "Leonardo da Vinci" was made by sculptor S. Kazantsev in 2003. The great master is represented in full height and holds in his hands his most famous creation "Mona Lisa". While working on the portrait the sculptor used the graphic self-portrait of Leonardo da Vinci. In 2006, the sculptor S. Kazantsev presented a copy of his work to Istra Town. A monument to the great Renaissance artist was unveiled on June 11 in front of the “Children's Cultural and Leisure Center” in Istra Town.

A fragment of a newspaper about the monument opening: «All over the world the great Italian is considered as a arts patron. All artists respect him. In your center there is the Art School also. While I was working on the appearance of Leonardo, I carefully studied both his work and self-portraits, especially the famous pencil drawing, on which Leonardo da Vinci portrayed himself as a very old man. It is known that he completed his earthly journey in 67 years. This monument is my view to Leonardo» (The newspaper "Istra's News", No. 43, June 16, 2006).

«The appearance of the genius of Leonardo da Vinci is the mine most striking childhood impression! – recallects sculptor S. Kazantsev, – for the best design of the school wall newspaper, I was given a book about Leonardo da Vinci. This event for the rest of my life passed as a red line. The book was tiny, the size of the A5, with five black and white illustrations, a Russian edition. At that time this book was of great value, rarity and uniqueness! In the postwar city at 101 km, when most of the men died. Atmosphere in the city was formed by the strolling zek-people (after passing the conviction-time). Leonardo's works have become a striking discovery for me! I realized that people can also do these things - create works of art». 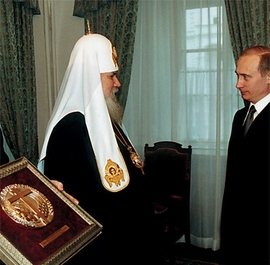 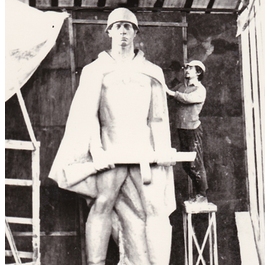 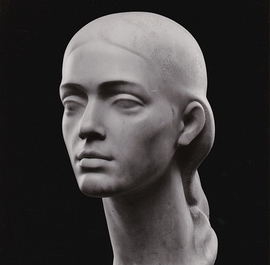