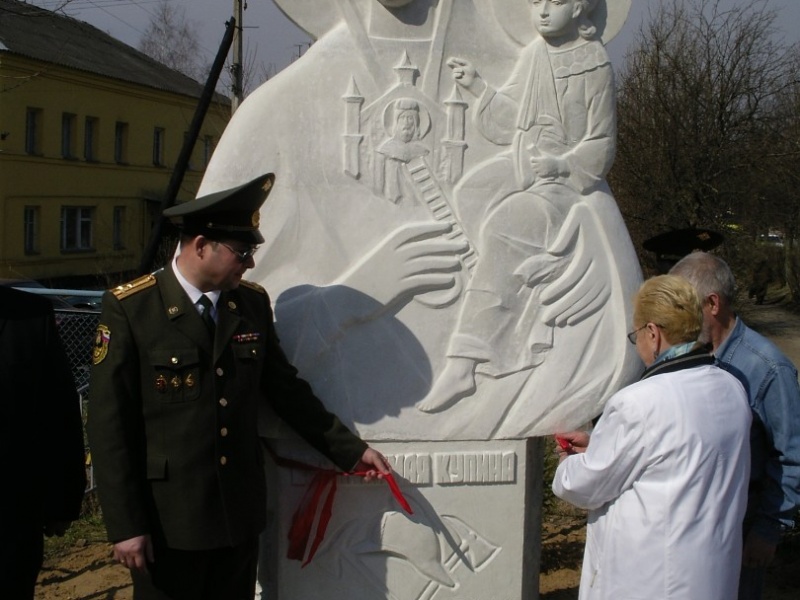 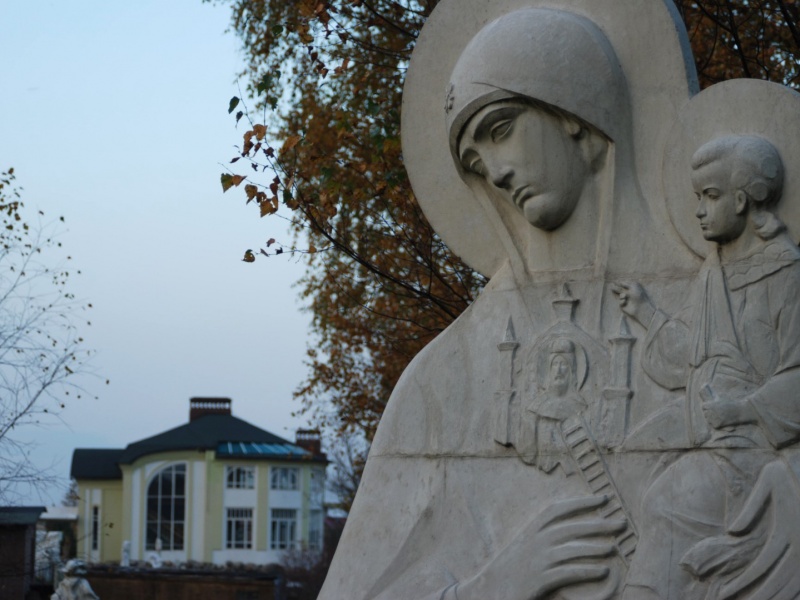 As an immemorial custom, the Russians believed in the miraculous power of the image of the Mother of God "The Burning Bush". If you pray to the icon of the Most Holy Lady Theotokos, then fires and natural disasters will subside. In the memories of the icon "Burning Bush" temples were built, which never had a fire.

The sculptor Kazantsev made the monument "Burning Bush" from the request of the administration of the Istra region. The opening ceremony took place on May 1, 2005, at the main entrance of the Istra Fire Department. The height of the sculpture is just over three meters. The iconographic face of the Mother of God with Christ was made of artificial stone and placed. On the stand is the motto of firefighters of pre-revolutionary Russia: "Praise to God, protection to intimates!"

Monastery of the Burning Bush on Mount Horeb Sinai is depicted on the chest of the sculptural Mother of God. According to the Bible, exactly on the site of that monastery, the Lord appeared to the Prophet Moses in the flame of a thorn bush. On the sculpture, on the walls of the monastery, one can see the face of the God, followed staircase from the hand of the Mother of God. In the sacred writings, the Mother of God was sometimes called the Ladder. Saint John Damascene interprets this symbol as: “The Lord built Himself a ladder, with a foundation at the earth, and the top touches the sky at which God exists. The spiritual ladder, i.e. Virgo, established on earth: because She was born on earth; Her head touched heaven: because Her head was God and the Father. "

In the sculpture "Burning Bush" Sergey Kazantsev managed to convey the very image of the Ladder connecting the earth and the sky. The figure created by the sculptor can have an amazing effect on the environment and the viewer. When you admire this work, the sound of prayer begins to vibrate in your ears, to speaks through your throat with Peace. Thus, helping a person to escape from the hustle and bustle and start a dialogue with Heaven, a dialogue with himself. 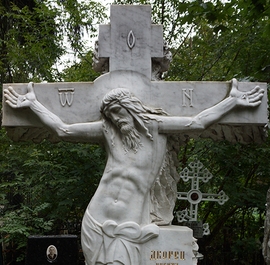 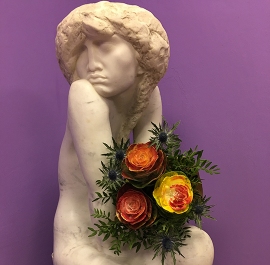 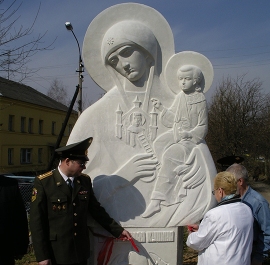 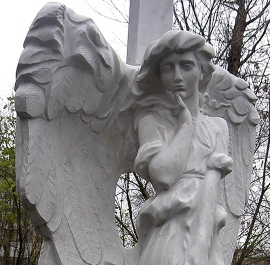 Angel with a flower, Moscow