Kazantsev, what kind of child he was? Perhaps he started modelling in clay in childhood, otherwise why would he decide to be a sculptor? After all, there were lot’s of more prestigious professions - physicists, let's say. Why didn’t he follow “after the fog and the smell of taiga” or did not become a driver of a heavy truck? The essence of Kazantsev is that thanks to his schools, he can do everything he wants from marble, whatever he sees fit! He literary brought his skills to automatism, constantly aspiring to the heights of perfection, improving craft techniques. We all can agree that initially sculpture is a craft, and then - an expression…You also need to teach physics, so that your sculpture just does not crash; Kazantsev’s sculptures don’t crash. And Michelangelos didn’t too 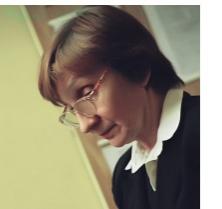 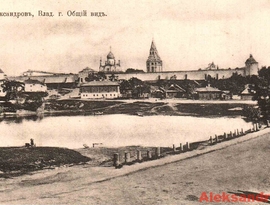 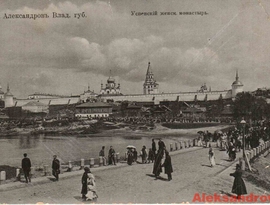 Childhood of the sculptor. Part 2.
Alexandrov, 1946-1962
Memories of Sergey Sergeyevich Kazantsev of his childhood

I was the seventh child in the family, unfortunately one died, so I’m the sixth. I am from Aleksandrov. I was brought up on the orthodox plastics of Aleksandrovskaya sloboda. From the age of four, since 1949, I had been taken by my mother to a church to attend the early liturgy, usually in wintertime it was. My father was a communist (although according to the memoirs of Capa, the sculptor’s sister, he was very devout, and for this reason he didn’t join the socialist party for a long time), so he didn’t know that my mother took me to church and she secretly continued.

The early winter dawn, big walls, the beauty of the entire architectural ensemble - this image is inscribed in my memory! And this plastic, plasticity of white-stone plastic - sunk deep into my soul. Later this impression of mine found continuation in the Abramtsevo Art School: working up bone and stone, I was reproducing Russian sculpture. And it organically flowed into training at the Surikov Institute, where I had already performed work from marble.

There were no artists in my family, but there were priests. My uncle served the church in Pereslavl - Zalessky. It looks like my father knew how many beans make five, as he had the Order of Lenin in 1950! Imagine all the financiers were executed up against a wall and in that moment Stalin confirmed the awarding of my father an Order of Lenin for his financial work. Father served as a financial auditor in the railway department. How'd he swing that? Very dodgy Pole! So the whole family lived in a quite befitted way that time: all of his six children studied and worked very well. He was responsible for the material part of our life and mother was engaged in moral education, she instilled morals in us in the evenings.

That time on cold winter days we started to burn wood in a stove, watch the fire and stir firewood from five in the evening. It is already dark at five and from 5 p.m. to 10 p.m., or from 4 p.m. to 9 p.m. the whole family is by the stove. We always admired embroideries and flowers - yes, we had not only potatoes, but also flowers in our garden. In common people houses there were no paintings and even more televisions, but there were embroideries, patterns. We spent time listening mother telling us how to embroider, how women do needlework, who draws well, who learns well. She conducted such moral conversations with us, giving the right guidelines. Somewhere she got watercolors and discussed with us how to paint in watercolors. For example, there was an embroidered rose and a rose painted in watercolor. And entire evenings we were admiring together, how beautiful watercolor can show a rose and lively is an embroidered rose. Mother always pointed to our neighbors as an example. Our neighbors - the Bagdanovs - drew very well, and neighbors from the other house drew well too. So they enjoyed great prestige from our mother. In those days, neighbors communicated with each other - they carried their works out to the street to show them, or they came to visit each other, to see who did what. Back in those days the atmosphere was much better than now. Today everyone takes painfully that someone is richer - immediately the mood is spoiled. Mom also cited us an engineer as an example, so, she say, the mother of this engineer bought meat and other products on the market. In the fifties there was a famine, to find a meal - that was vital. The engineers family showed us an example of that you need to learn, not to steal. As many now teach the opposite, that you need to steal, than you will eat, but for us - no. Study! So we understood clearly that, he graduated from the institute, and could work as an engineer and do the breadwinning for his mother.