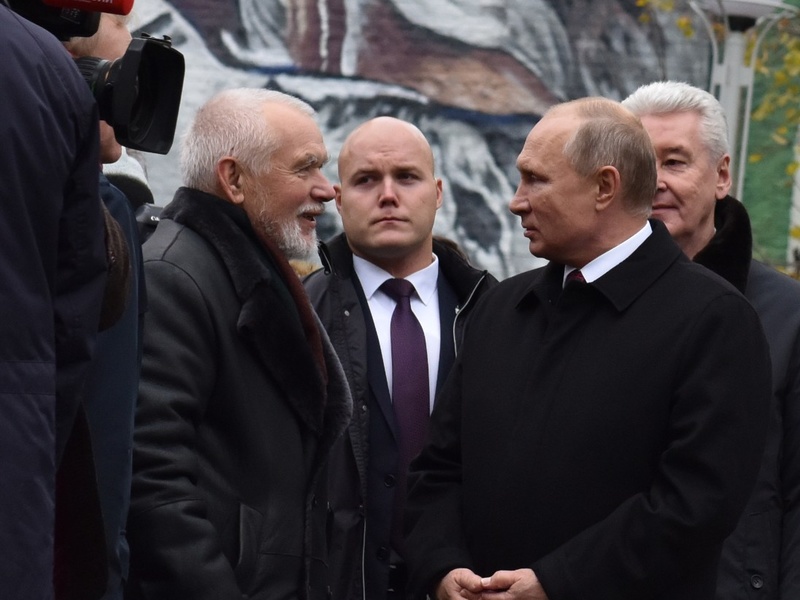 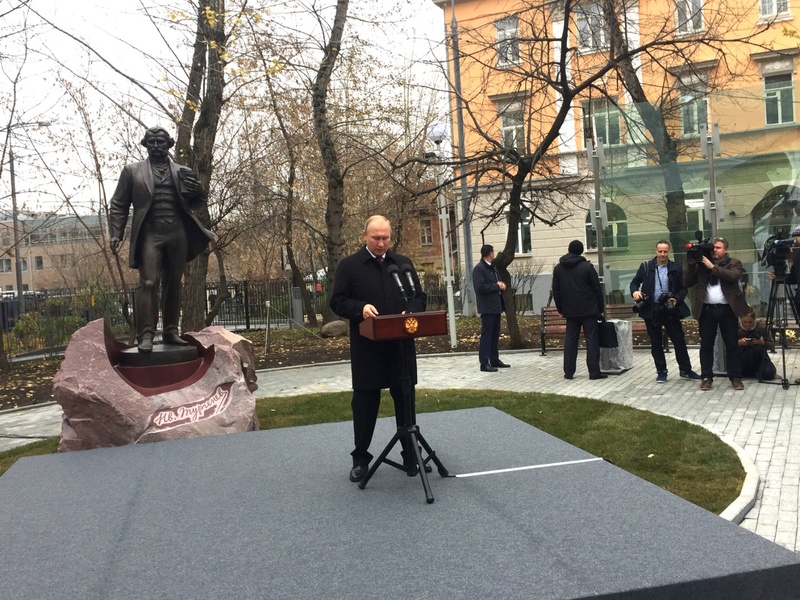 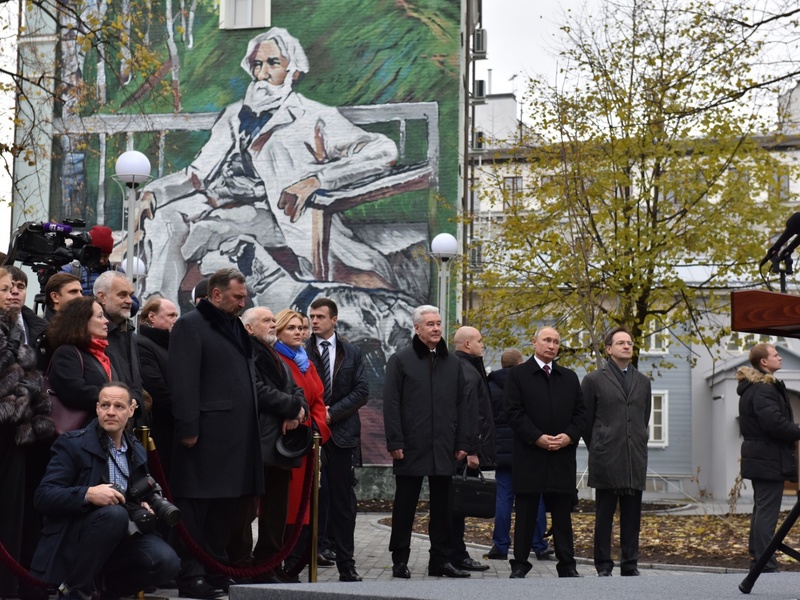 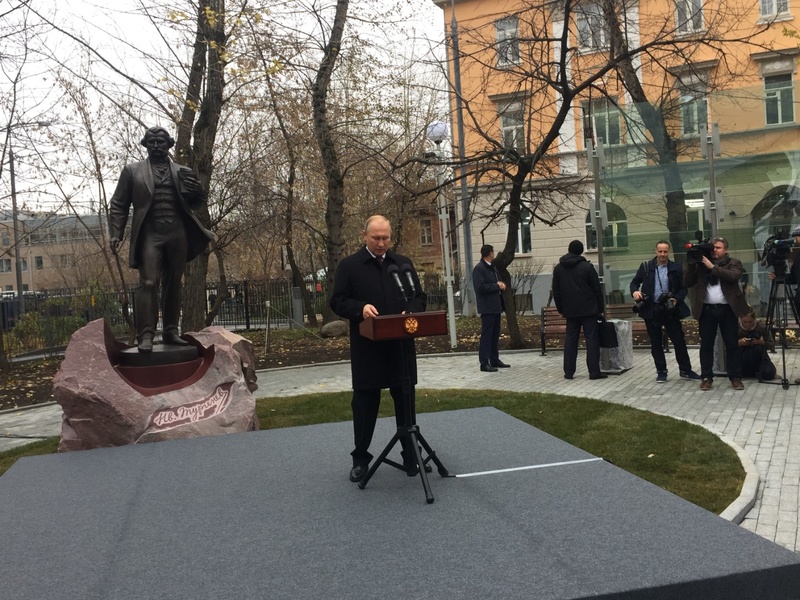 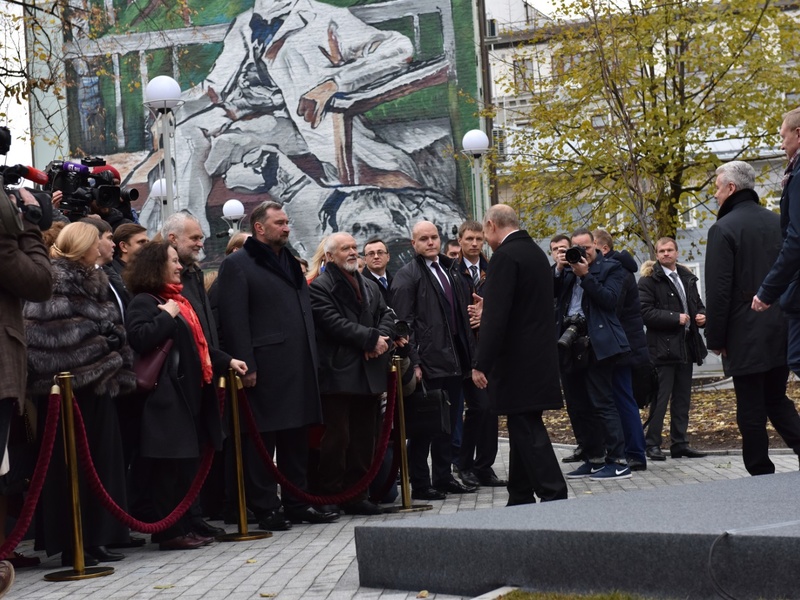 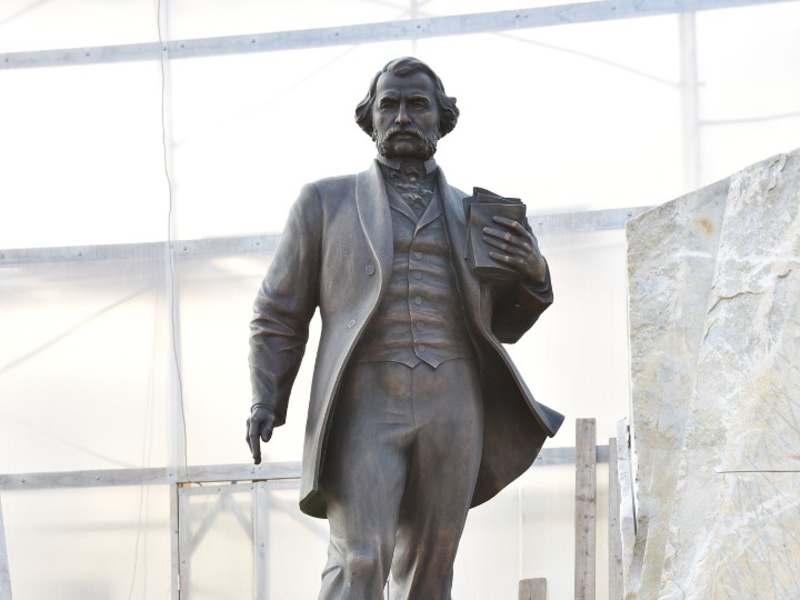 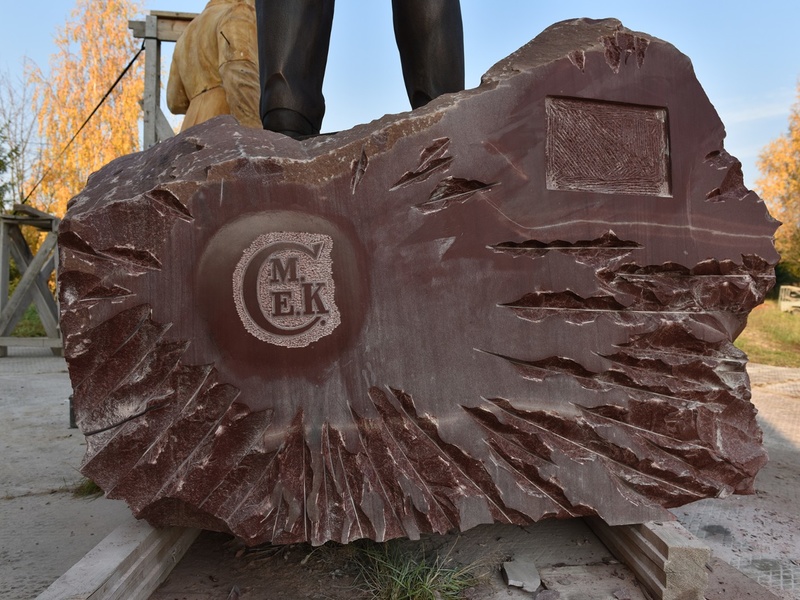 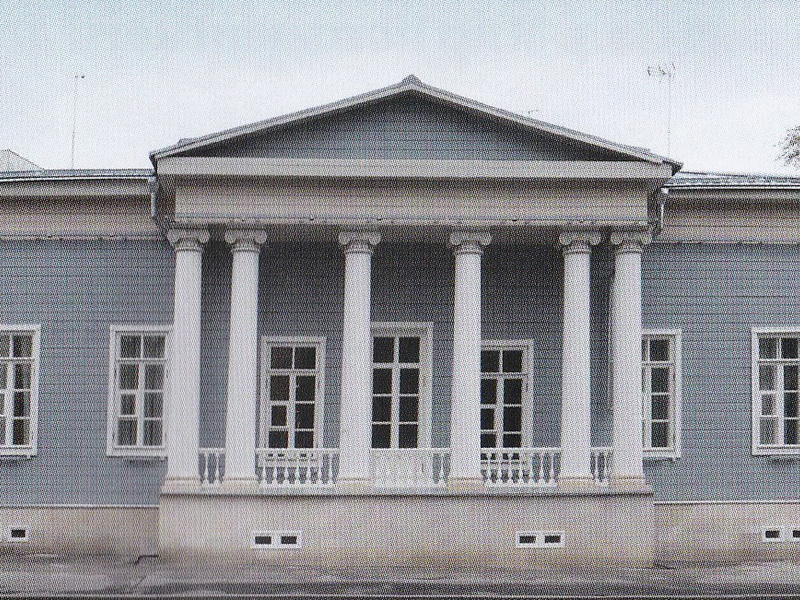 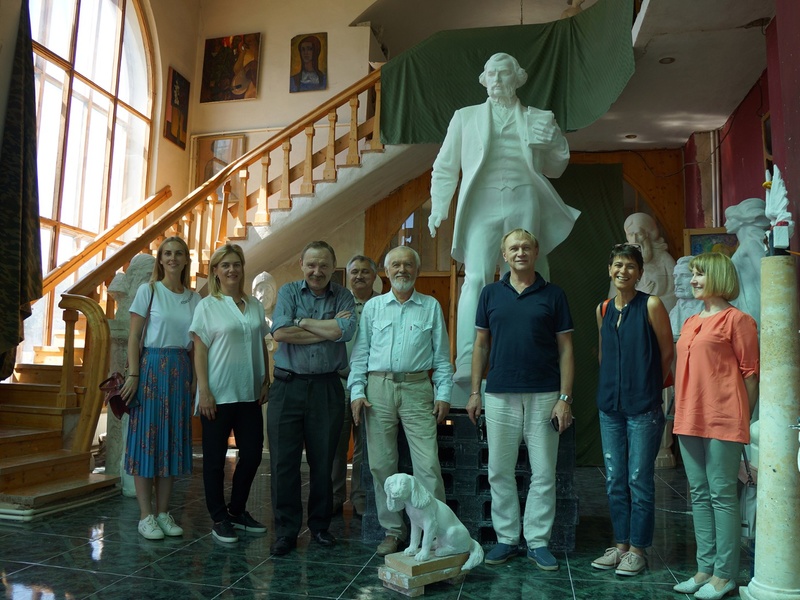 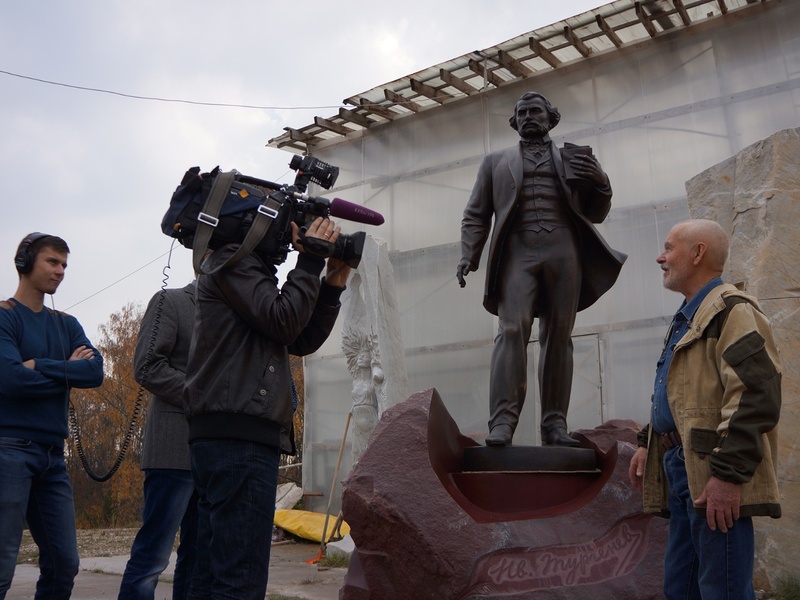 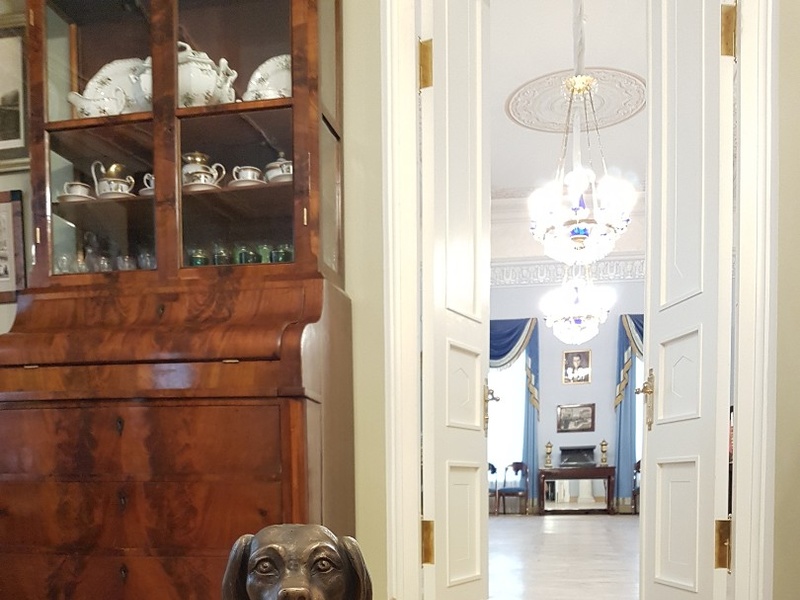 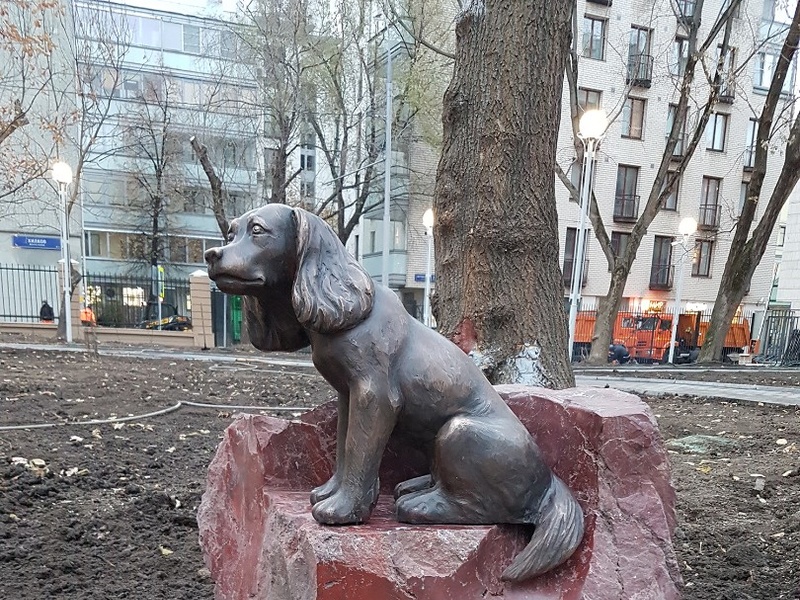 Description
By the 200th anniversary of the birth of Ivan Sergeevich Turgenev (1818-1883). To the opening of the House-Museum of the writer and the sculptural composition “I.S. Turgenev "in Moscow.

Work on the portrait figure of the Russian write I.S. Turgenev began by the initiative of a businessman and Maecenas S.A. Shmakov.

As the project progressed, more and more immersed in the given topic, the sculptor S. Kazantsev started from creation of the figure of peasant Gerasim and the dog Mumu. Then he turned to the imager of the writer when he was young and visited the house of his mother in Moscow on Ostozhenka street. Then the idea appeared to use for the pedestal a three-ton block of semiprecious crimson quartzite, which, after authoring, the sculptor from his personal collection presented to the Moscow. Originally planned only one figure of the dog Mumu. But during the work it was decided to portray two variants. A sad dog that more closely matches the mood of story “Mumu”. And a friendly one - to the joy of the youngest visitors to the new museum's expositions. Certainly, S. Kazantsev worked not alone. Foe handling of such volumes his assistant-daughters Maria and Elena worked hand in hand with the project. 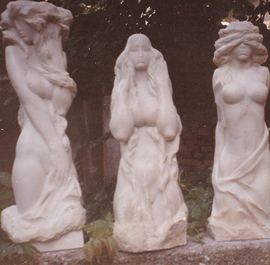 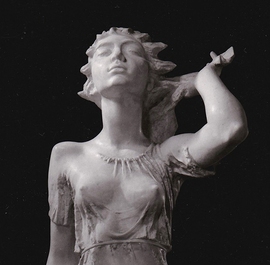 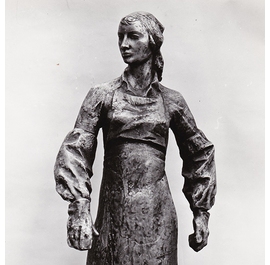 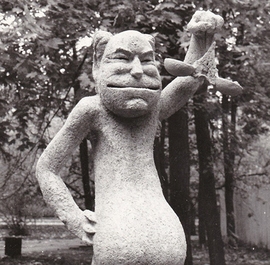